The new facades of the Plein Soleil swimming pool in Bourg-en-Bresse (France) feature a magnificent grey and gold routed decoration. The architects of this renovation project selected Rockpanel cladding for their construction, as they fully met all the demands: design, durability and… budget.

Originally built in the 1970s, the Plein Soleil swimming pool was in need of a major renovation. Inside the building, the pool itself, the changing rooms and the entrance hall were fully renovated. For the exterior, new insulation and a façade skin made up of Rockpanel Metals grey and gold were installed to thermally and aesthetically enhance the building, as well as protect it from the elements.

The facade boards feature a magnificent routed decoration. Lucie Verniaut and Sandrine Gonon, associate architects at Lipstick Architecture: "We selected the Rockpanel boards because of the gold colour that we have not found anywhere else, and because it was possible to rout them without any extra treatment. As the boards are made from stone wool fibres from volcanic rock, they are resistant against moisture. The Rockpanel boards fully met our technical and aesthetic needs as well as our budget.”

Making the building more energy-efficient was also an important objective. The architects chose a ventilated facade construction, with efficient thermal insulation from ROCKWOOL and Rockpanel facade cladding. As the original mobile roof was no longer functioning and in poor condition, the architects designed a new roof, which had an impact on the facade project: “We carried out structural reinforcements to support the new complex, waterproofing with its insulation, which forced us to raise all the parapets. We played with this and took the opportunity to create obliques on the upper part of the facade. This was an opportunity to revitalize the architectural writing of the work, as it redefined the volume, gave it visibility by enhancing it and reinforced its character as a public establishment. "

Playing with colours and decorations

Next to this new, dynamic geometry, the grey and gold Rockpanel Metals facade boards also define the renovated building. The architects played with colours and routed decorations: “We reused the original logo, which represents a swimmer in a sun and had it routed on some of the facade boards.” The choice of gold coloured boards from the Rockpanel Metals range is a reference to the name of the pool.

Are you an architect or contractor and are you curious how Rockpanel Metals would suit your project? Contact us to receive your free Rockpanel Metals box, including a brochure and samples of our new designs. 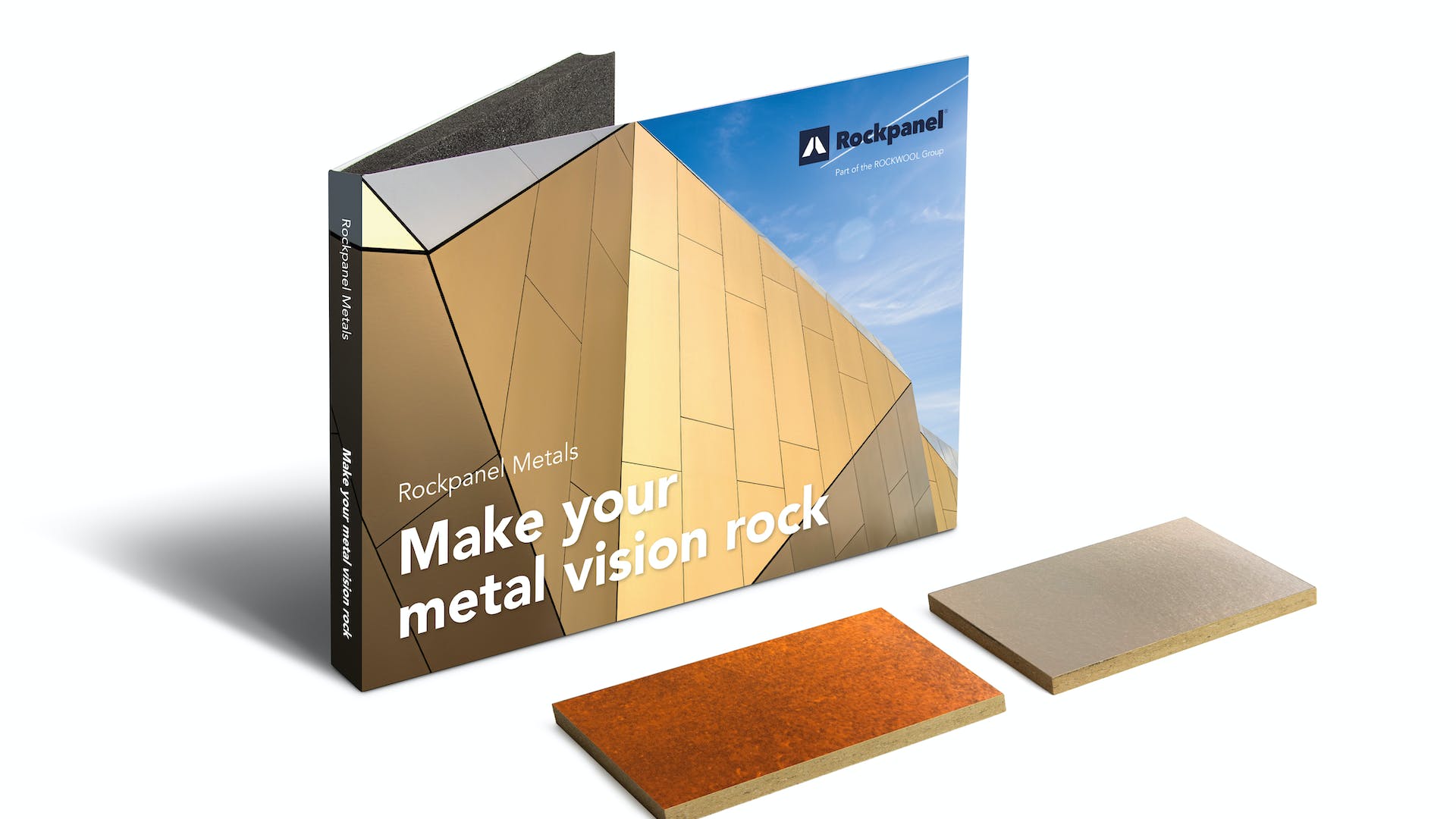 *Disclaimer: Due to changes in our assortment, it is possible that the designs shown in this case study are no longer available. Feel free to contact us in case of doubt.

The age of the industrial revolution is long gone, but the style still remains. More popular than ever, even residential buildings are opting for this hard working industrial look. Give your building extra shine and lustre with the contemporary and industrial finish of Rockpanel Metals.